That Sinking Feeling: Diving into Underwater Photography by Naiia Lajoie with Justin Lutsky

The photographer adjusts the lighting; a strobe flashes, he checks his camera’s display screen. He looks pleased, and indicates to his model that he is ready to begin the session. Hair is in place, makeup is done, and the outfit selected befits the backdrop. The model takes a deep breath, closes her eyes, and submerges three feet below the water’s surface.

For underwater photographer and cinematographer Justin Lutsky, this is how he typically begins all of his photography sessions – those that take place in pools that is. In light of the pandemic he has largely shot underwater portraits as of late, however his portfolio encompasses oceans, caverns, wrecks, industrial work, as well as behind-the-scenes for film and TV production. Justin was bitten by the storytelling bug as early as high school. Upon attending Rancho Santa Margarita, as a theater kid he would work backstage and even perform onstage during every show. This penchant for entertainment continued at Chapman University where he studied directing from 2001-2005, graduating summa cum laude. There he found mentorship in several acclaimed directors; Rob Cohen, William Friedkin, Carl Franklin, and then in 2007 he was selected by Steven Spielberg as one of the top 20 filmmakers to take part in FOX’s new reality TV show On the Lot.

Justin married his love for film and diving when he married the love of his life, Heather. While on their honeymoon in St. Lucia back in 2015, the resort they were staying at offered PADI dive certification courses and Justin was immediately hooked. He descended – literally and figuratively – into the world of scuba diving, immersing himself in every specialty course he could find thereafter. Embarking on numerous dive adventures, he quickly became an Open Water instructor, and is now a trained Tec-Diver & member of the Riverside County Sheriff Department Dive Team as a public safety diver. T

he first underwater gig Justin landed was filming pearl divers in Qatar for a friend’s documentary. For it he purchased a Sony A7Riii coupled with a Nauticam housing and it has been his primary tool for the trade ever since. Just last year he joined the Society Of Camera operators (SOC) as an associate member specifically for the HydroFlex workshop; a weekend spent working with underwater camera legend Pete Romano. Justin enjoyed his experience so much that he returned as a volunteer safety diver for the workshop’s second weekend. It was during this course that he met the Director of Photography for Bering Sea Gold. A professional relationship ensued, resulting in Justin being brought onto the TV show’s ice diving team. In February he spent three weeks in Nome, Alaska as a safety diver and behind-the-scenes photographer.

Upon sharing some of his underwater camera work on social media, Justin drew the attention of and befriended some incredible underwater photographers like Brett Stanley, Chiara Salomoni, and was introduced to underwater performers like Christine Ren. These connections transitioned Justin into the world of underwater portrait photography which coincided with this year’s “quaran-times”. Thankfully for his line of work, social distancing is facilitated given the models handle their own makeup and wardrobe, close proximity is not a necessity, and there is no evidence suggesting that COVID-19 is transmissible through water. This allows Justin and his models to work safely within the 8.5’ deep pool in Orange County without fear of contracting/spreading the virus, further providing a creative outlet during an otherwise difficult time.

In keeping with the “quaran-theme”, Justin has two campaigns in the works; one is a “Quarantine” series created by Christine Ren. The other is an “Ocean Plastic” collaboration with Linnea Snyderman in partnership with Kolossal.org. The latter harkens to his desire to give back to the community through creating impact-driven imagery. Ultimately, the big picture for Justin is to build a lucrative life through creative collaboration with other artists. His passion for storytelling and the business of entertainment have resulted in his diverse background in narrative, commercial, music video, and branded content creation. This self-proclaimed adventurer-meets-nerd’s accolades include The Action Hero’s Guide to Saving Lives starring Patrick Warburton, which premiered at Paramount Studios in 2009.

When it comes to working with others, Justin has this to say, “I’m a huge proponent of creative collaboration being the key to success. That’s why I think I work really well with actors and models, because I’m always approaching any creative endeavor with a very collaborative attitude”. He elaborates, “I love lighting and composition and creating dynamic imagery to tell stories. And I also love camera movement and working with all the cool toys. With photography, much like filmmaking, I’m finding that collaboration is really crucial to creating memorable images. You and a model have to be on the same page creatively about the look, the character, the story and the emotion. And there has to be a real trust between you for things to go smoothly. 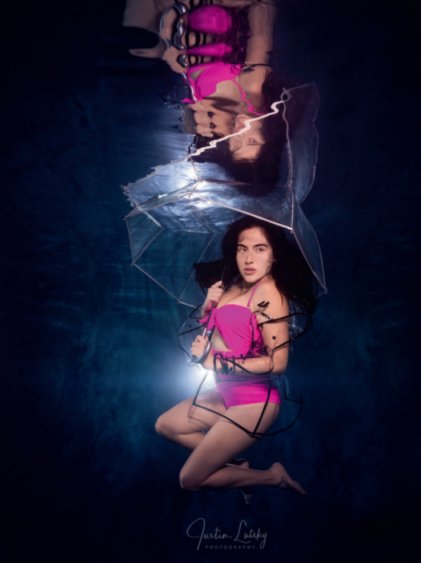 Also like filmmaking, having a sense of play and experimentation ‘on set’ is an important part of the process”.

For anyone looking to collaborate with Justin or test the waters with underwater modeling in general, he offers the following advice:

1) Good breath hold and buoyancy control are great skills to have, so take a freediving course ahead of time to learn the basics of breath hold technique. If you have the opportunity, practice in your own pool ahead of time. See how much air you have to exhale before you sink to the bottom, then try and fine tune the amount of air in your lungs until you can float comfortably mid-water.

2) Don’t stress! Anyone can shoot underwater. The experience itself should be very relaxing, even for a beginner. You’ll learn and improve your underwater skills immensely just by booking your first session with an experienced photographer.

And for anyone seeking to follow in his finned footsteps, he suggests:

2) Never say no to even the smallest of opportunities. Even if it seems like a waste of time or a major hassle, there may be a chance of meeting a new collaborator or learning something new.

3) Embrace social media platforms. Building a following online has been pretty instrumental for me thus far.

In Justin’s future are some underwater dance pieces, stunt sequences, and perhaps an underwater short film already in talks with a production company. Aside from the buddy-cop action comedy with Patrick Warburton, he also has a female-driven crime thriller starring India Eisley, a family-friendly holiday film about a guardian angel, and a firehouse haunting horror film all forthcoming (and all of which are currently seeking the right investment partners). If you would like to “wet” your appetite for underwater photography, you can connect with Justin via the following platforms: 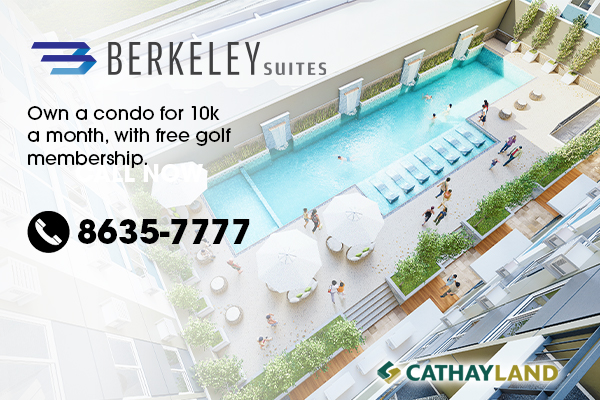 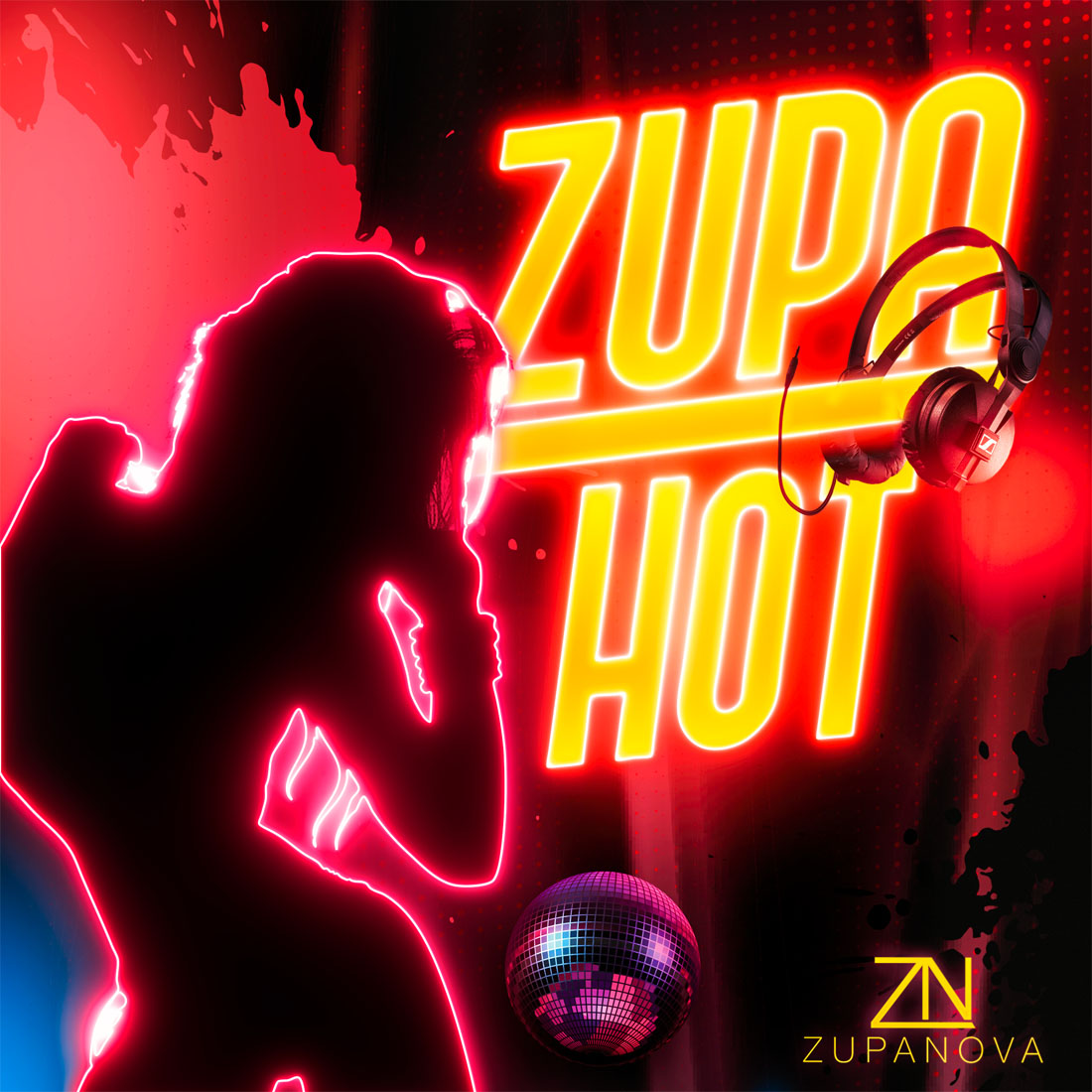 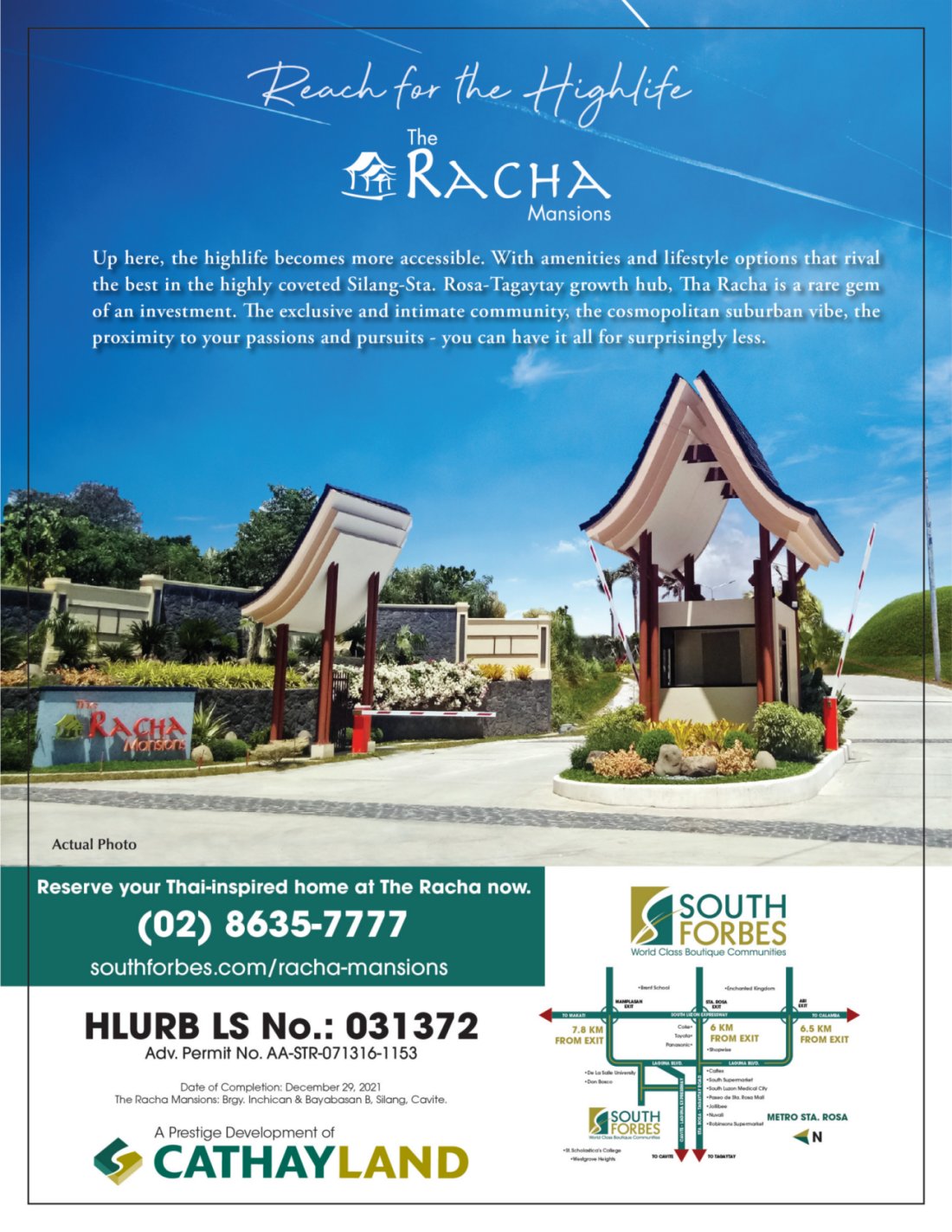 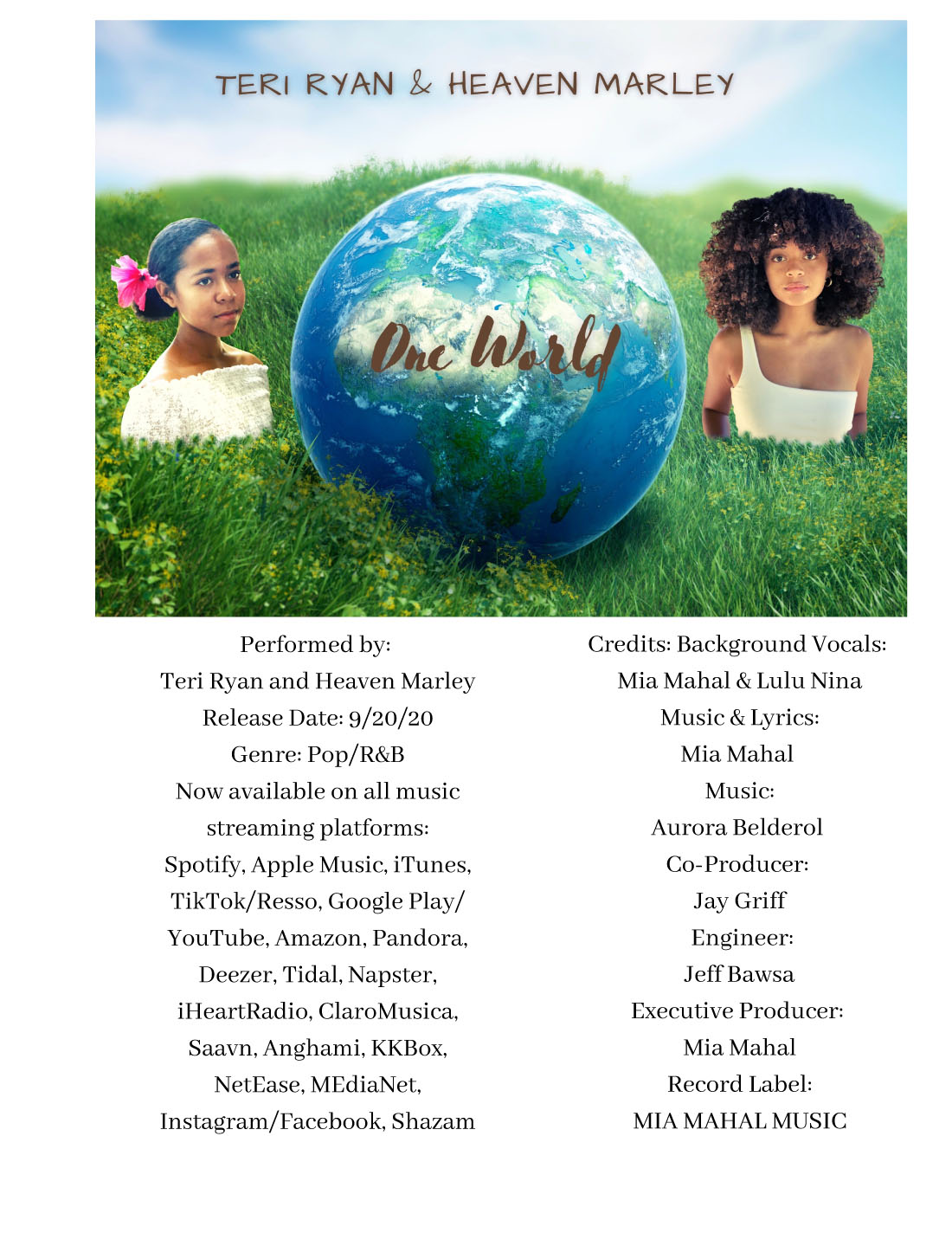 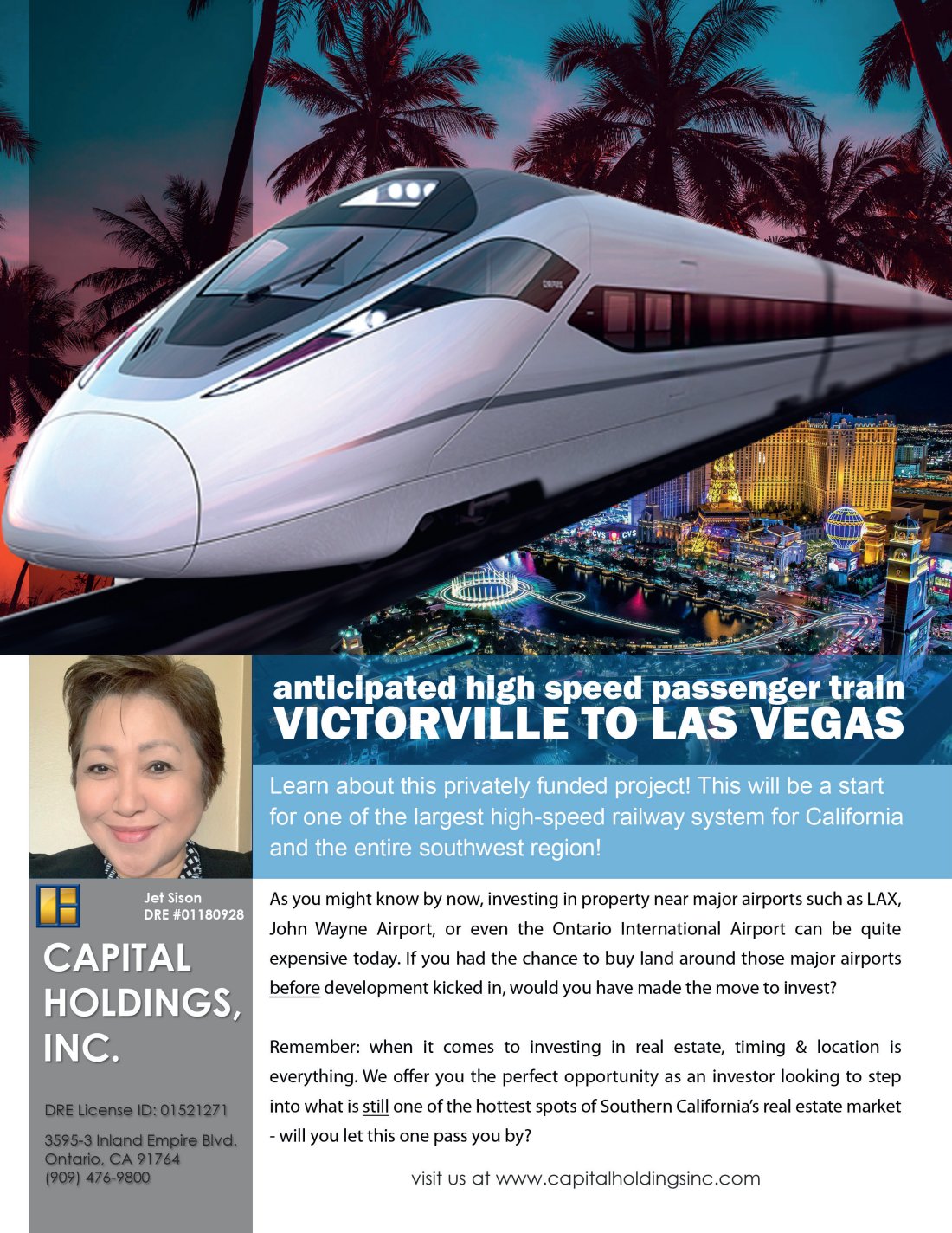